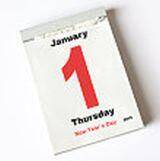 When do the new rules apply?

From 1 January 2015, new account based income streams (Account Based Pensions, or ‘ABPs’) – which allow retirees to receive an income from their superannuation savings – have been treated differently by Centrelink to the way they were treated prior to that date. The change has been made so that Account Based Pensions would be assessed in the same way as other financial investments such as shares, term deposits or bank accounts – ostensibly to improve the fairness of the age pension income test.

Since 1 January 2015, there has been a change to the way Centrelink assesses new Account Based Pensions (and some annuities) under its income tests. It’s important to note there is no change to superannuation rules or the way Accounted Based Pensions work. The change is only to social security assessment rules.

(Please note that there have been further changes to the income stream rules that apply to certain pensions as from 1 January 2016: these are not dealt with in this article, but details can be found on the Centrelink website – Income test for pensions page.)

The deeming rules prior to this change

Under the deeming provisions applicable to Account Based Pensions that prevail up to 1 January 2015, financial investments are assumed to earn a certain rate of income regardless of the actual return of the investment. The deeming rates, which are how Centrelink assesses the income various investments produce, are listed below. They are applied to the total market value of all of the financial investments someone who receives Centrelink benefits owns.

The idea behind the change is to encourage individuals to choose retirement investments based on the merit of the investment, rather than for the social security benefit that may be obtained by choosing an investment product.

How were Account Based Pensions treated prior to this change?

Previously, Account Based Pensions were assessed under the income test using a “deductible” amount methodology. Under these rules, the actual amount of income received was reduced by a “deductible” amount, with the net amount (if positive) being included under the income test. The deductible amount was determined by dividing the starting balance of the Account Based Pension by the recipient’s life expectancy at that time. It was possible under this formula that the deductible amount could exceed the actual income received, meaning no amount would be assessed under the income test. Of course, the account balance is still assessable, something that’s not changing.

Were all account based pension owners caught by these changes?

It’s important to understand that if you do qualify for (and benefit from) that pre-2015 treatment, you need to take care to ensure you don’t inadvertently trigger a new Centrelink treatment of the Account Based Pension in the future.

here are three major scenarios that could mean an existing Account Based Pension would be assessed under the new rather than existing rules. For instance, the new rules will apply if

In addition, it is important to think about how these changes could impact you if your Centrelink eligibility is currently assessed under the assets test. The new treatment could mean Centrelink uses the income test, rather than the assets test, to assess your eligibility, which could reduce your income support payments.

ContinuumFP is available to assist you understand the changed rules

Continuum Financial Planners Pty Ltd are currently working to ensure that all of our clients are up to date with these changes. If you are unsure on how these changes will affect you please Contact Us to arrange an appointment with your adviser to discuss these changes in more detail. If you are not already a client of Continuum Financial Planners Pty Ltd, please call our office (on 07-34213456) or use the above contact link to arrange a meeting with one of experienced advisers: ‘we listen, we understand; and we have solutions’ – so, for personalised, professional wealth management advice make us your first point of contact.

Originally published in October 2014, this post has occasionally been updated/ refreshed, most recently in January 2021.

About the Author: Warwick Bragg

As a working Director of the company Warwick is responsible for HR matters and financial management policy and decisions, contributing at Board level to the development and implementation of company strategic policy generally.