In a recent article1 in which the CIO of AXA – Australia and New Zealand published to advisers, his economic outlook for 2009: his comments, following, show a favourable view for the long-term investor (and probably a better outlook for households generally) – beyond the next several months. 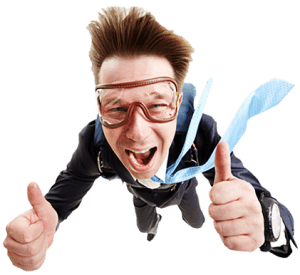 His headline indicates that “far from lagging the rest of the world, there are signs that deleveraging in Australia is already underway. There are surprising implications for investors.”

2009 outlook for the economy and financial markets

This is no ordinary downturn and recovery is unlikely to be quick. Too much debt is at the heart of the problem and the process of deleveraging (shifting from too much borrowing, to debt reduction) will largely determine the depth and duration of the global recession. …  …

The deleveraging process is causing significant structural change in the economy. It’s unlikely that we will see a normal cyclical downturn followed by a smooth upswing. Widespread cost-cutting … will inevitably lead to further job losses and slower economic growth. …  … … …

But it is not all doom and gloom. Australia’s fiscal position at the onset of the global financial crisis (GFC) was relatively strong, thanks to a long period of government surpluses and the federal government debt reduction program. In contrast, the US entered the global financial crisis with a high level of government debt. This gives Australian policy makers somewhat more capacity to further stimulate the economy, without the debt to GDP ratio moving to the extreme highs of the US.

To date the Australian government has announced two stimulus packages totalling $52 billion, including cash payments, tax breaks and spending on infrastructure. The Reserve Bank of Australia (RBA) has decreased interest rates by 4 per cent since September last year, bringing the official cash rate to a low of 3 per cent.

There is a danger that this positive impact may be offset by the dramatic increase in ‘precautionary savings’ that has been driven by falling levels of wealth and increased anxiety about the economic outlook coupled with rising unemployment. The RBA estimates that household net worth has fallen by 14 per cent since last year.

However, there are signs that Australian household deleveraging may already be at a relatively advanced stage. The household savings rate has been increasing since 2002 and is currently at 8.5 per cent … – a level not seen for 20 years. In line with this trend, the use of credit to finance consumption has also declined markedly, having already retreated back to early 1990 levels, … …  …

What this means for investors

The economic outlook 2009 should see financial markets begin to stabilise once the deleveraging process nears an end. In households at least, there is increasing evidence that the major part of the adjustment process may have already taken place.

The decision to hold cash over long-term growth assets is already becoming expensive. At 6.2 per cent, the dividend yield for the Australian sharemarket is now higher than the average 4 per cent return investors can receive from cash. If we allow for franking credits, this return is even higher.  …

Over the next few months, market observers will continue to closely monitor the commitment of policy makers to support ongoing stimulus. Sharemarkets are likely to react positively to ongoing signs of that commitment.

Importantly the markets typically act as a leading indicator, bottoming out well before the underlying economy has recovered.

AXA has disclaimed use of this article for other than advisers. Accordingly, we have removed specific paragraphs so as to retain the context of the article without compromising their caution. AXA investors may be able to retrieve the full article – including graphs – by contacting their AXA office. The article was also closed with the usual disclaimer as to reliance on the content without having taken appropriate professional advice.

The above article is for general information only: it is not advice – and it does not necessarily reflect the view or opinion of Continuum Financial Planners Pty Ltd. Readers with questions regarding the matters discussed above should Contact Us at Continuum Financial Planners Pty Ltd; and if you are seeking advice in regard to your investment strategy, call our office (on 07-3421 3456) to arrange a meeting with one of our experienced advisers.

1This article was originally posted in April 2009: it has been occasionally refreshed/ updated, most recently during January 2020.