Superannuation Fund Trust Deeds will provide a process by which the trustee can consider your intent as regards any death benefits that may be due to your estate at your passing: superannuation death benefit nominations and estate planning are different though similar devices by which you can provide for your intended beneficiaries.

Where does superannuation fit amongst estate assets? 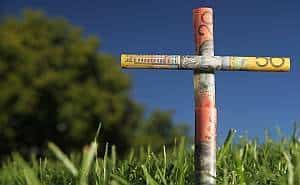 Superannuation accounts are often a significant part of the estate of Australians (and are expected to become more so over the next twenty years or so): whilst the balances in those accounts become accessible on attainment of one of the conditions of release of superannuation benefits – and consequently, an asset in the control of the member – until that time they are dealt with at the discretion of the trustee(s) of the superannuation fund.

Exercising their discretion, the trustees will deal with the superannuation account balance at the time of the death of a member (the death benefit) in accordance with the Superannuation Industry Supervision (SIS) legislation. That legislation requires the death benefit to be paid to persons prescribed under its provisions, but enabling the trustee to take account of nominations made by the member during their lifetime.

Unless the trustee has been directed to pay the death benefit into the estate of the deceased member, the proceeds may avoid the estate altogether. Provided the superannuation death benefit has been properly considered in the course of preparing an estate plan, whether it forms part of the estate assets in fulfilment of the testator’s wishes, is less relevant.

What death benefit nominations are available to members to make?

Superannuation fund trustees can legitimately consider two types of member-lodged nomination when required to pay a death benefit other than in strict adherence to the legislation: these are –

To make this determination, trustees will generally be guided by any applicable legislation, or in certain circumstances, may be directed by a Court as to who should receive those benefits. In either of those cases, the ultimate beneficiary/ ies may not necessarily be the person/ people envisaged by the member to so benefit.

Whilst historically it would be unusual for the trustee of a superannuation fund to disburse death benefits other than in accordance with the wishes expressed by the member, they are obliged to satisfy themselves as to the eligibility of those nominated, to receive funds from the particular member: they must be ‘tax dependants’ to receive the funds as a tax-advantaged payment.

Note:Whether your particular fund allows for binding nominations will depend on the terms of the trust deed governing your fund. Self-managed super funds are of particular interest in this regard.

A death benefit will be binding on the trustees if:

What about a reversionary pension?

[Whilst this article deals with ‘death  benefit’ nominations it should also be kept in mind that where a pension is in force prior to the death of a beneficiary, with suitable provisions in the relevant superannuation fund trust deed and rules, the need for a death benefit nomination can be obviated by making the pension reversionary to an eligible dependant. For more on this matter, refer to the later article in this series – ‘Estate planning and superannuation assets’.]

What must a member do to confirm, amend or revoke their nomination?

A death benefit nomination is confirmed by giving a written notice to the trustee, in the form prescribed by the superannuation trust deed, signed and dated by the member.

It can also be amended or revoked by giving a written notice to the trustee signed and dated by the member, but the notice must be witnessed in the same manner as a new nomination.

IMPORTANT NOTE: Most trustees require that a Binding Death Benefit Nomination be renewed on triennially: it should be prepared and signed (as outlined above) within 3 years of each anniversary. In some instances, trustees will facilitate a simplified renewal process – which they will communicate directly to the member near to the expiry of each three-year period. It is not necessary for the renewal notice to be signed by the same witnesses as the original nomination form.

Where can I get help with Estate Planning (including my Will)?

To avail yourself of this service, contact our office (by phone, on 07-34213456; or our website Contact Us page) for an appointment with one of our experienced advisers.

For more information about Binding Death Benefit Nominations specifically we recommend that you consult with your adviser at Continuum Financial Planners Pty Ltd: consideration will be given to your estate planning goals and where applicable, we can assist you to enact an appropriate strategy. Call us (on 07-34213456) or use the online Contact Us facility to arrange a meeting.

This is the fourth in a series of 13 articles on the topic of Estate Planning: further articles in the series seek to bring clarity to some of the issues and implications to be dealt with in fulfilling the three key considerations of Estate Planning – getting the right amount of money, to the right beneficiaries and at the right time; and to prepare you and your family to understand the final plan when drafted. The remaining articles consider –

([This series was first posted to our website over a period from late-2011 through early-2012; it has been refreshed, updated and re-posted in February 2015.)